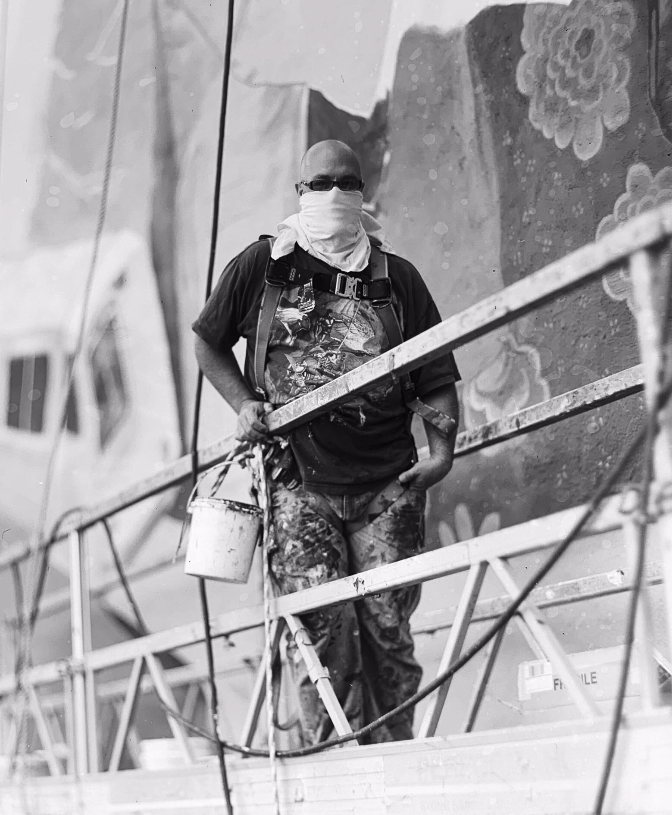 Desi Mundo, X-Renegade Style Writer and Kulture Soldier, has been a spray can artist and muralist for the past 30 years. He merges studies of space, balance and transparency within his unique stylized letters and masks with a strong foundation in cultural engagement, community reflection and rooted spirituality.

As the founder of the Community Rejuvenation Project, a pavement to policy public art organization, he has produced more than 300 murals throughout the Bay Area as well as nationally and internationally. Desi’s work has been shown at Depaul University, the St. George Art Museum and the Block Museum at Northwestern University. His “Universal Language” mural with Peskador galvanized the Oakland community in the struggle against gentrification as depicted in the acclaimed documentary, “Alice Street.” In 2020, Desi completed "AscenDance," a 90' tall piece on the Greenlining Institute. He served as a hip-hop cultural ambassador to Egypt through the Next Level program of the US State Department in 2017.