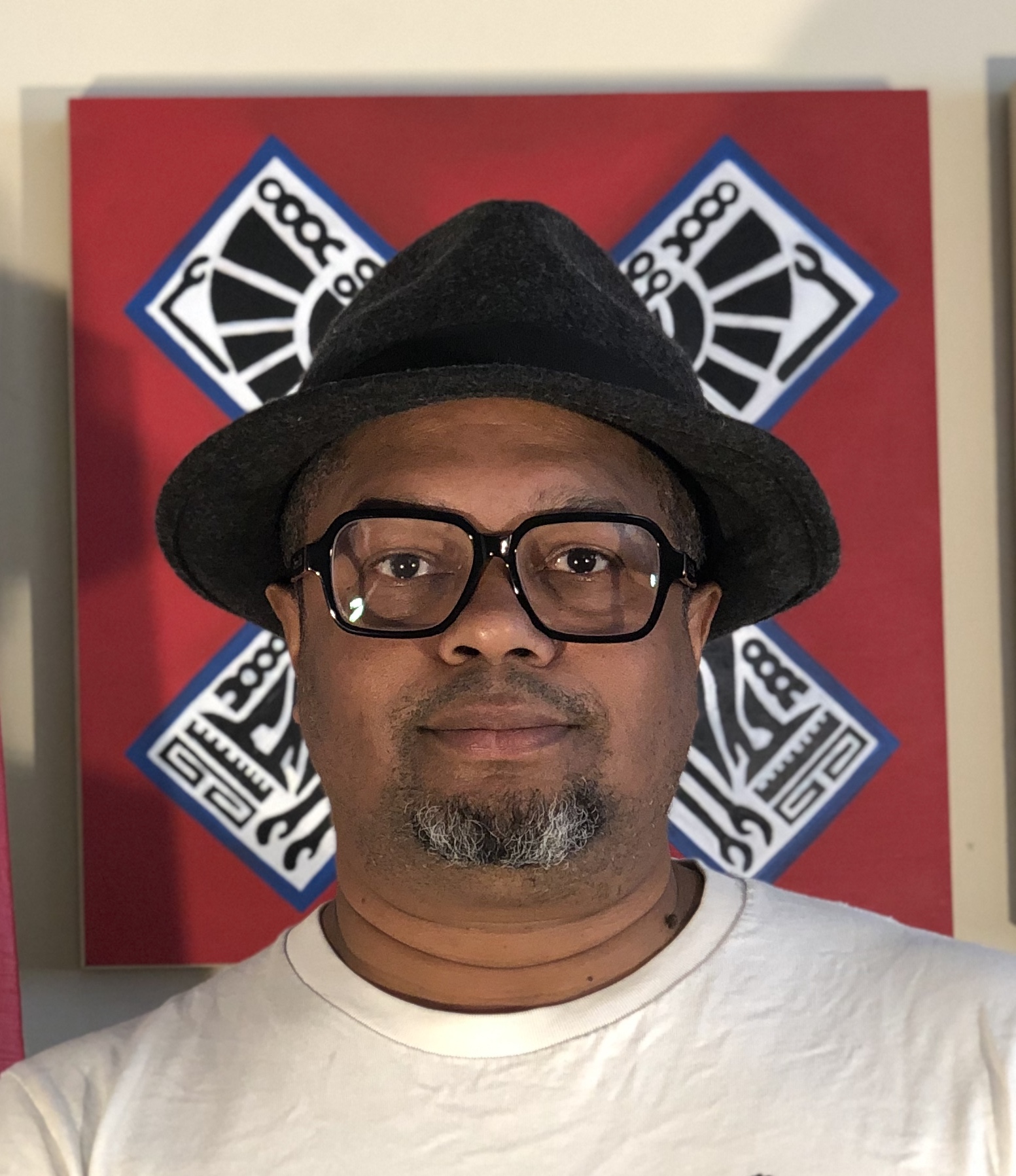 Doran has created a series of art works based on ancient Egyptian hieroglyphic-alchemy. The works are a personal journey driven by a deep lifelong connection to Eastern Africa. A few years ago, a DNA test confirmed his lineage, where he invokes his ancestral memory from.

The artistic works employ the African American science of "Conjure”, to manifest Esoteric Symbolism of the hieroglyphs. Doran summons metaphysical archetypes in his works as he decodes ancient hieroglyphs, reconstructing them into simplistic or abstract 2 dimensional acrylic paintings. He intends to connect people to divine knowledge and inspire a higher spiritual awareness.

Doran, born in San Francisco, received his BFA in The Netherlands, and his MFA in computer graphics in San Francisco. He has a multi-career as a painter, new media artist (VJ) and a visual effects compositor on feature films and TV. Both painting and digital art have been his two intertwining lifelong passions.