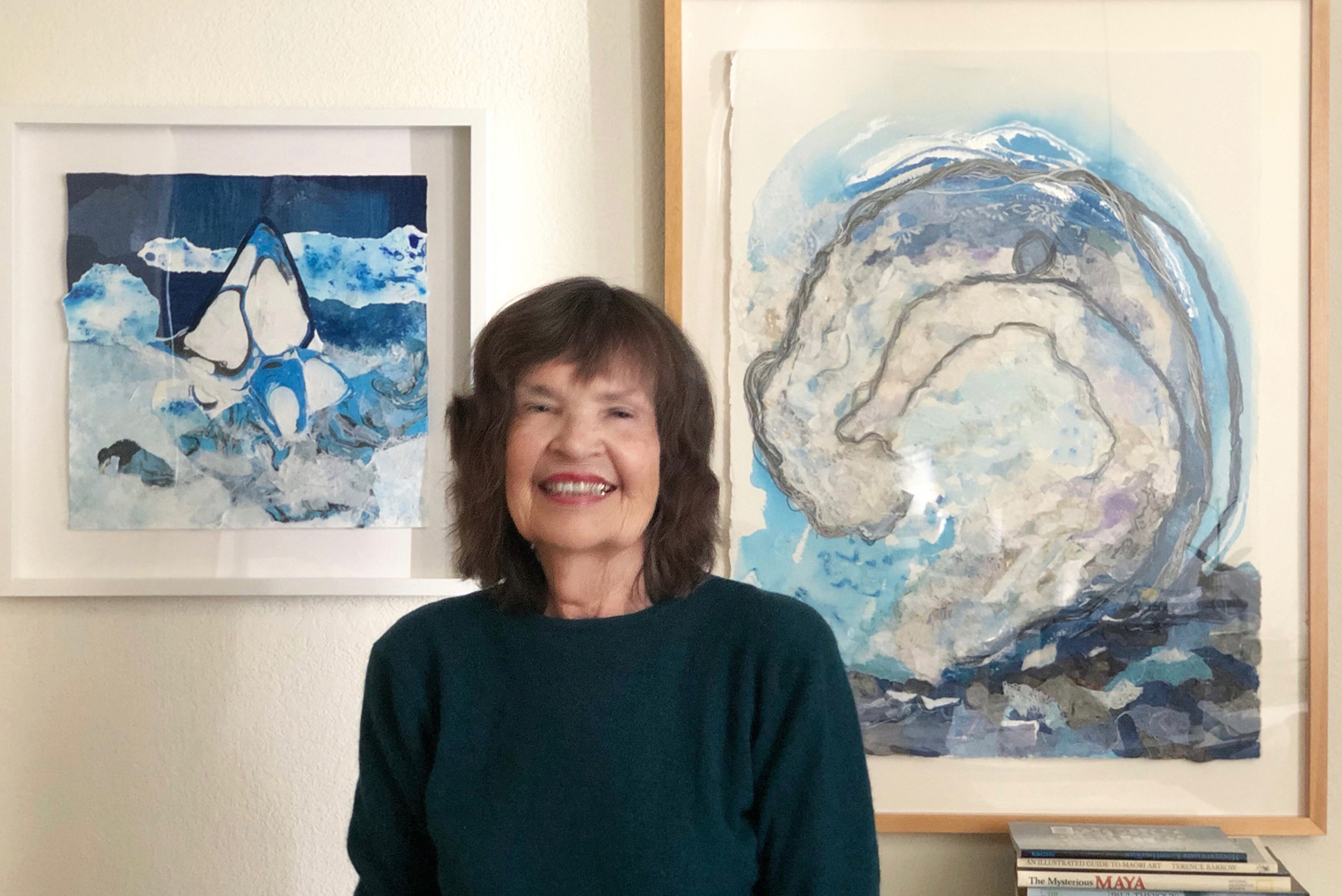 Janet Brugos creates mixed media work with water media, handmade paper, fabric, batik fragments and found objects.Texture plays an integral part in Brugos’ art. She captures both illusion and reality in her art and plays with perspective. Viewers are invited to make their own interpretation. Her themes are Urban Life and Climate Awareness.  Janet Brugos was born in Chicago, Illinois. She studied art at DePauw University, the Chicago Art Institute and the Walker Art Center in Minneapolis. Brugos’ work has been displayed in venues in Colorado, New Mexico and Paris. Since her return to the Bay area in 2005, she has shown in galleries in Alameda, Berkeley, Oakland and San Francisco.  Brugos lived seven years near Paris, in Versailles, France.  Her work was first publicly exhibited in 1991 at the Salon des Independants in the Grand Palais Museum in Paris, France. Her work is held in both corporate and private collections.The artist can be contacted by e-mail at jbrugos@mac.com. art website: www.janetbrugos.com. or blog www.janetbrugosart.com